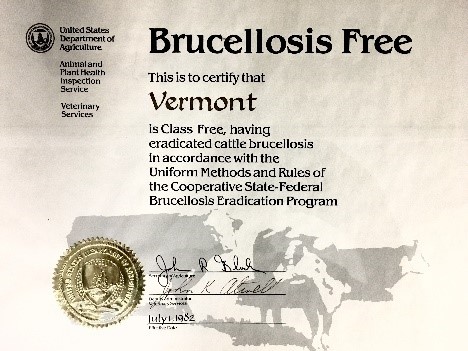 Brucellosis, also known as Bang’s Disease, is still a topic of discussion in Vermont.  Although Vermont was declared brucellosis-free decades ago, this zoonotic disease remains on the collective radar of the Agency’s animal health office personnel because some Vermont cattle herds are still routinely vaccinated and positive animals are still found in other parts of the country.  Vermont cattle move globally in the 21st century, and sometimes management decisions on Vermont farms that ship animals interstate are influenced or dictated by the markets these animals ship into.  For instance, there is an ongoing discussion occurring now within the National Assembly of State Animal Health Officials (state veterinarians) regarding whether state officials from areas that are not proximate to the Greater Yellowstone Area and whose producers do not ship to those states should be discouraging Brucellosis vaccination of cattle.

An additional complicating factor is that some of the scientific safeguards that were created decades ago to protect public health and that have been widely implemented since, such as pasteurization of dairy products, have fallen out of favor in some local markets. One of the most common ways that people can contract brucellosis is by drinking unpasteurized milk from infected animals. These various evolving circumstances fuel the ongoing discussion about this disease, and it is likely that the conversation will continue for the next 80 years as these factors continue to evolve.

Brucellosis is a bacterial disease that can cause significant reproductive losses in animals and generalized, non-specific illness in humans. The multiple species of Brucella can infect cattle, pigs, small ruminants, dogs, marine mammals and some rodents.  To learn more about brucellosis, visit http://www.cfsph.iastate.edu/Factsheets/pdfs/brucellosis.pdf. 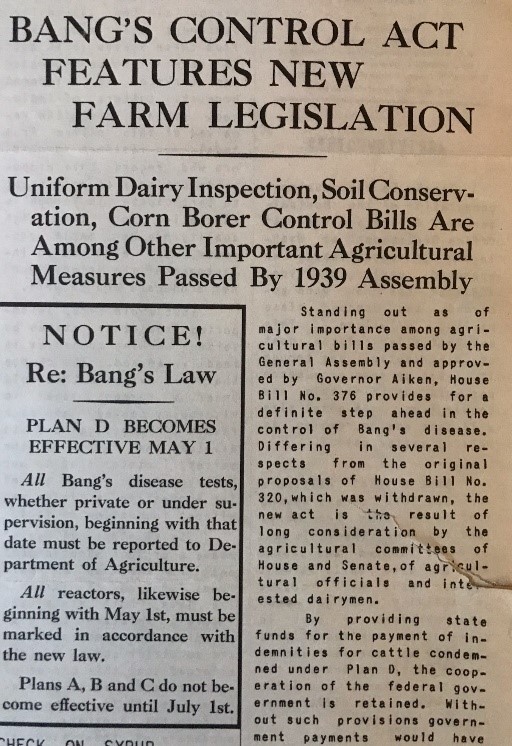