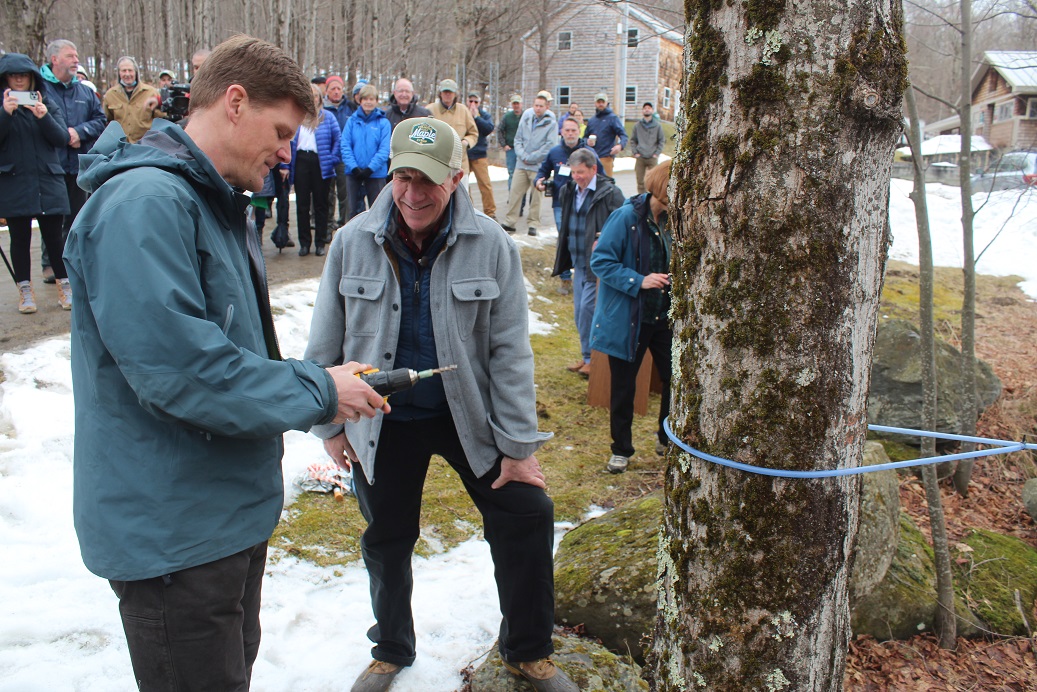 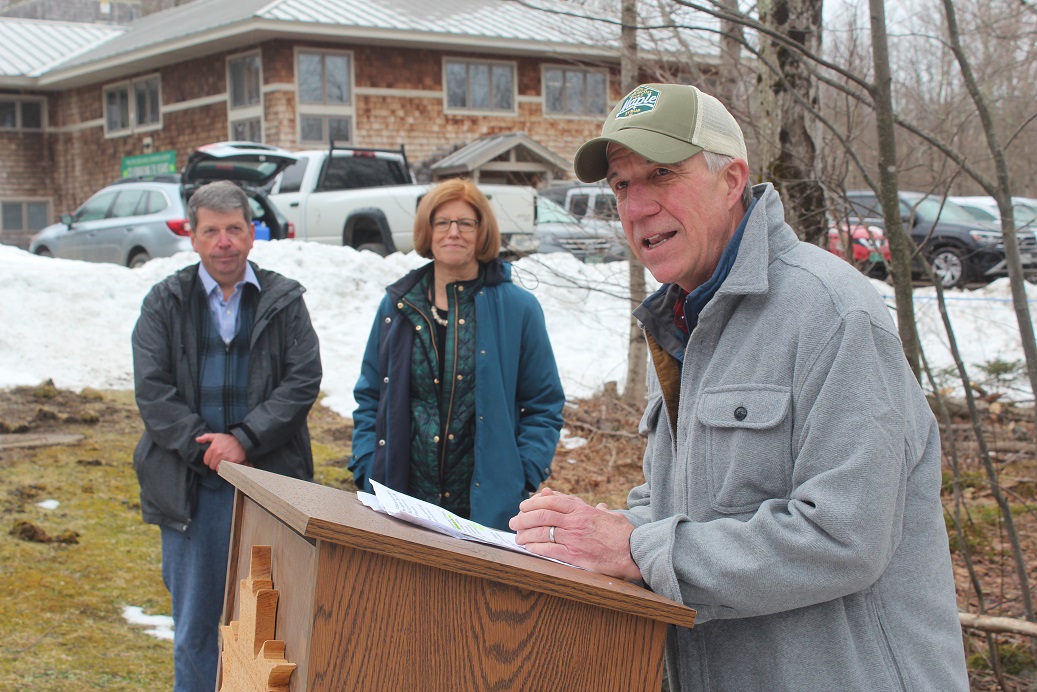 Framed by the Green Mountains blanketed in winter snow and the maple wood of Underhill, Governor Phil Scott kicked off the 2022 Vermont Maple Season by tapping the unofficial “first” maple tree at the University of Vermont Proctor Maple Research Center (PMRC).

While Vermont’s maple industry is celebrated for its world-renowned quality, taste and nationwide leading annual production, the event also celebrated the important contributions of the Underhill facility to Vermont’s maple producers over the past 75 years.  From growing the ability to tap trees and boil maple sap utilizing leading-edge technology to studying the potential impacts of climate change on the state’s maple trees, the Research Center is widely recognized in the industry as playing an important role in the cultural growth and economic importance of the traditional agricultural crop. 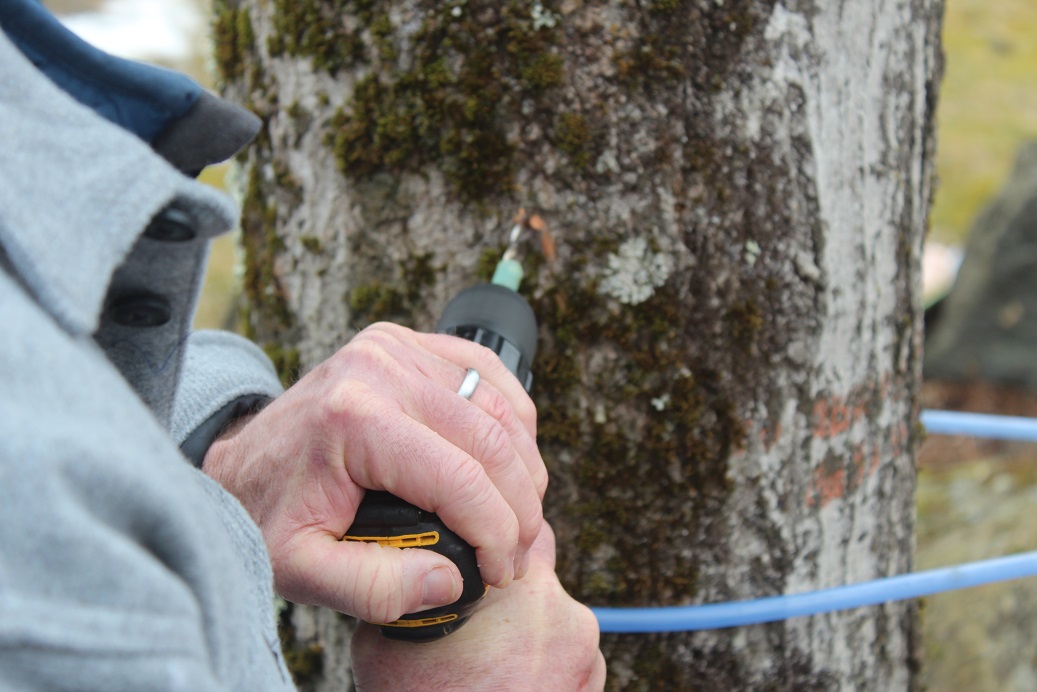 “Our maple industry leads the nation, supports our economy and strengthens the Vermont brand, while the Proctor Maple Research Center at UVM reinforces that,” said Governor Scott. “With the strong brand recognition of Vermont Maple comes a responsibility to keep our standards at the highest level, and our maple producers have been doing that for decades with the help of the Proctor Maple Research Center.”

Established in 1947, PMRC is renowned as an international leader in basic and applied research on maple trees and maple production. Throughout its history, UVM maple scientists have worked in the lab, the sugarhouse and around the state to understand the issues facing maple producers and help advance the science to solve them.

"We are proud of our long history in maple research, demonstration and outreach at the University of Vermont and pioneering contributions of UVM maple scientists," said Leslie Parise, dean of the UVM College of Agriculture and Life Sciences, home to PMRC. "We look forward to continuing to better understand the most pressing issues facing Vermont maple producers and advancing the science to address them."

“Vermont continues to lead the nation in maple syrup production, with nearly half of the country’s maple syrup coming from our state’s family farms,” Vermont Agency of Agriculture, Food and Markets Secretary Anson Tebbetts said.

“Vermont Maple has expanded its reach past pancakes and waffles. We are seeing it infused in barbeque sauces, hot sauces, spirits and beers, and is even considered a healthy alternative to cane sugar as a natural sweetener,” said Cory Ayotte, Communications Director of the Vermont Maple Sugar Makers Association.  “Vermont's sugar makers continue to produce the most maple syrup in the United States and have more than doubled their tap count since 2008.” 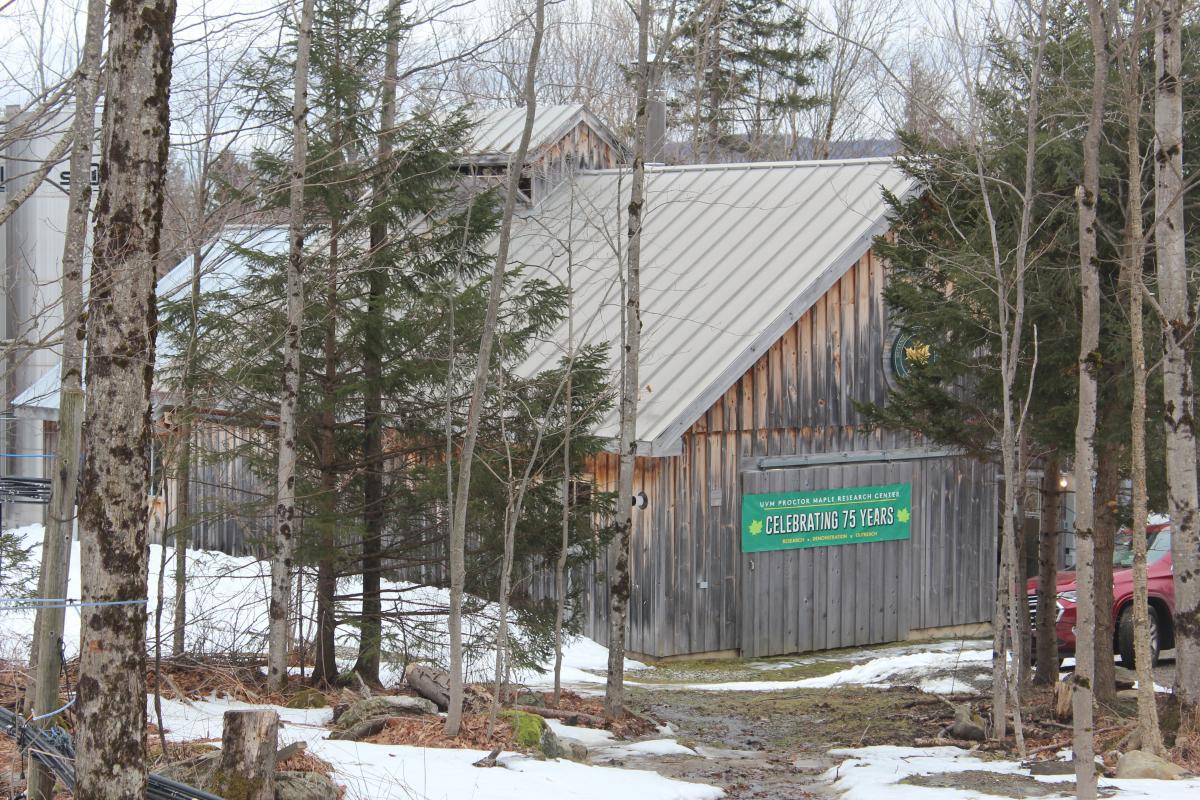