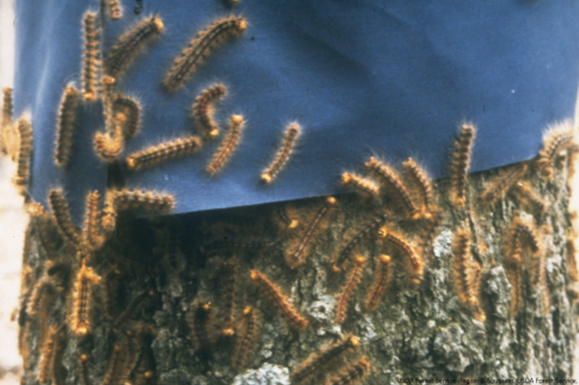 June 14, 2022 | Montpelier VT – In some parts of the state, Vermonters are noticing the return of a disturbing sight in our forests and backyards: masses of spongy moth caterpillars. The Vermont Agency of 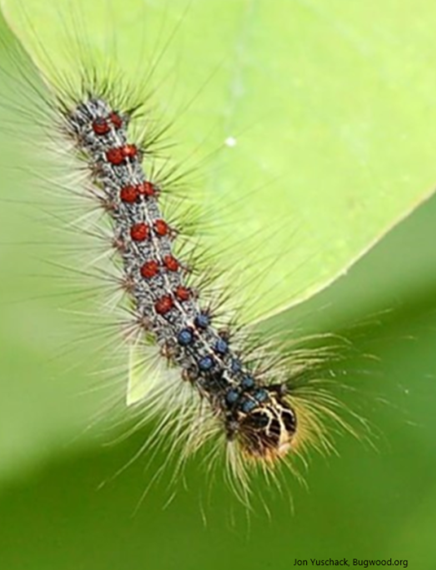 Agriculture, Food and Markets (VAAFM) and Department of Forests, Parks, and Recreation (FPR) have received numerous inquiries from concerned citizens regarding large numbers of spongy moth caterpillars, Lymantria dispar dispar, (also known as LDD, formerly gypsy moth). While the spongy moth can emerge anywhere in the state, unusually high populations observed last year and again this spring are localized in western areas of Vermont. The impacts of the caterpillar include defoliation of the forest canopy, causing stress on trees, and being a nuisance to people and property. Although primarily a forest pest, both agencies have received reports from Vermonters who have experienced skin irritation likely from spongy moth caterpillars, which have hairs on them that may cause reactions in some individuals.

Spongy moth is an exotic pest that was introduced into the US in the late 1800s. Spongy moth has been established in Vermont for over 100 years, and populations occasionally exhibit a temporary, large increase (“outbreak”) in an area. Vermont’s last large-scale spongy moth outbreak was 30 years ago, ending in 1991. The drought from 2020-2021 may have allowed spongy moth populations to build and expand, and likely contributed to the current outbreak.  Populations usually collapse after 2-4 years from a combination of factors including starvation, malnutrition, viral or fungal diseases, and high rates of parasitism.

Monitoring the spongy moth population has shown a significant increase in egg masses in 2020 and 2021, indicating that 2022 will be the second consecutive summer of the outbreak. Spongy moth outbreaks are difficult to control over wide areas. There are a range of management options for landowners including waiting for the outbreak to pass, installing barrier bands such as burlap around the trunk of the tree to capture caterpillars as they crawl up the tree, and chemical treatments. Since caterpillars will soon be entering the cocoons stage and will stop feeding, applying pesticides at this time is not recommended. Individuals interested in pursuing pesticide treatments for next year if the outbreak continues, should contact a licensed pesticide applicator to understand their options to protect their trees safely and effectively. Responsible use of pesticides is important to prevent human and environmental health impacts and ensure that the intended pests are appropriately targeted.

Although consecutive years of defoliation may stress and weaken a tree, most trees will survive and produce a second flush of leaves after the spongy moth caterpillars have stopped feeding, in late June-early July. The drought Vermont experienced over the past couple of years has subsided, which will help trees by reducing additional stress. Precipitation during the caterpillar phase can also promote natural predators and a subsequent reduction in the population. We will continue to monitor the population and the impacts on trees closely.

More information regarding the impacts of spongy moths on trees and forests can be found at https://fpr.vermont.gov/spongy-moth. 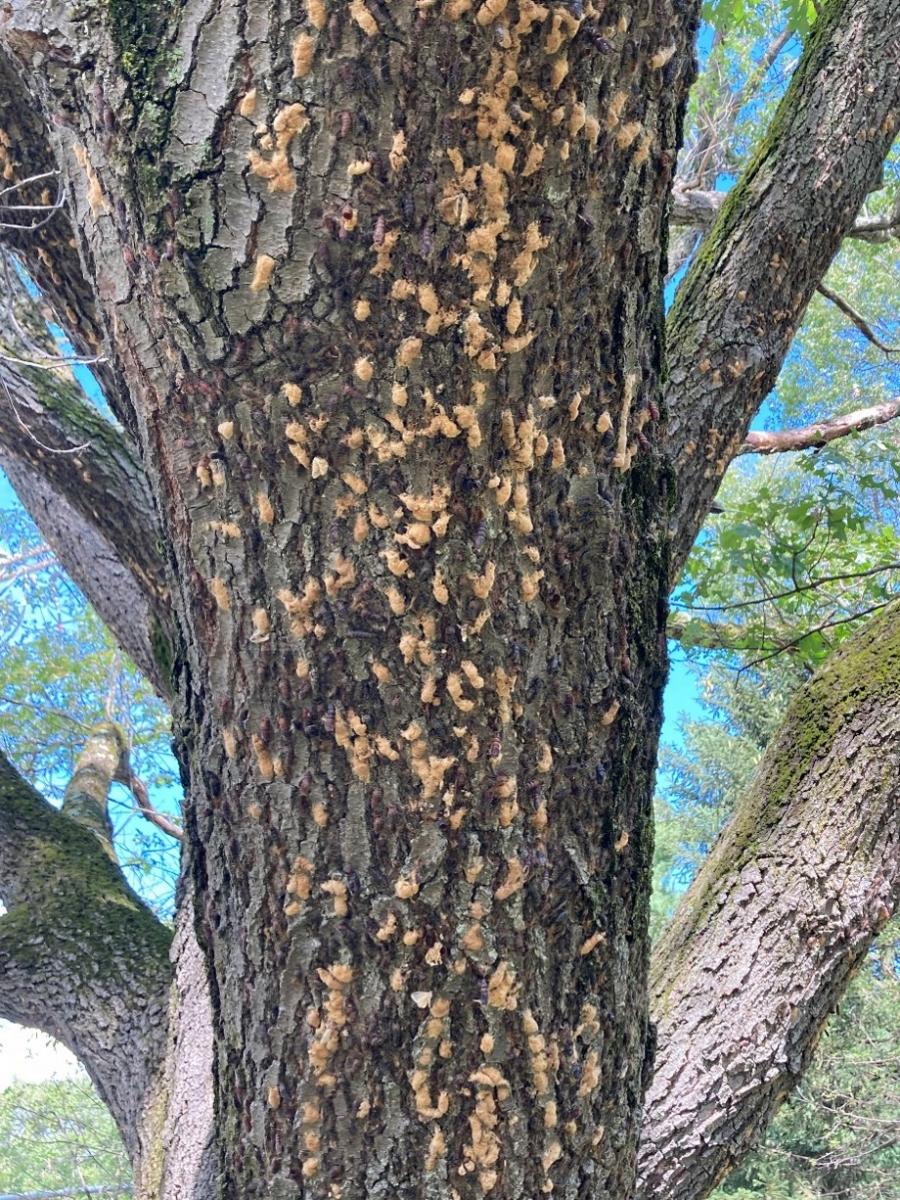