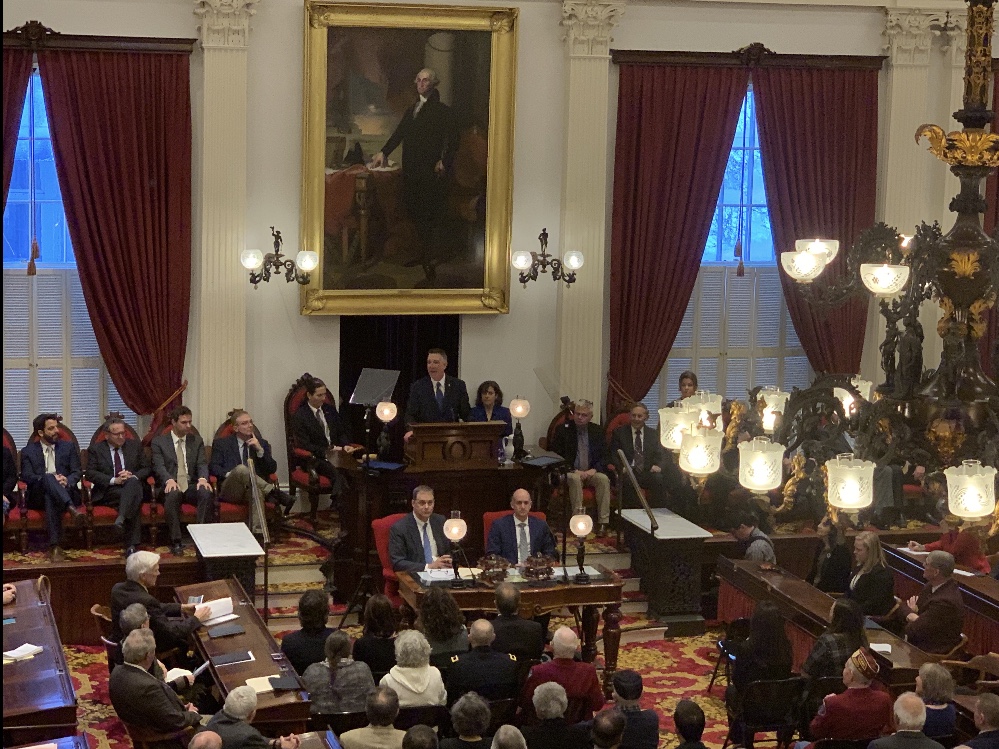 The Tatro Family
Jenna Tatro was 26 years old when her family lost her to a fatal overdose. Jenna’s mom and dad,
Dawn and Greg, and Jenna’s brother and sister-in-law, Gregory and Amy, have turned their grief,
into hope and help for others battling this deadly disease. The Tatro family’s six-year painful
struggle to understand substance abuse, find suitable treatment
centers, and cope with the day-to-day issues that come with having a family member with the
disorder, led to the formation of Jenna’s Promise. Jenna’s Promise is dedicated to
helping those suffering from substance use disorder and fulfilling Jenna’s promise to make a
difference.

Gloria Powers
Gloria Powers of Glover, Orleans County, has provided a home for nearly 400 foster
children over 25 years. She spends hours each week volunteering at the Glover Senior Center,
providing meals for members of her community. In a recent WCAX profile, Gloria was praised by a
fellow volunteer. "I think we all define her as the giver. She's a non-stop giver," her colleague
Sue Tester said. Gloria wakes up every day wondering
how she can improve the lives of her fellow Vermonters.

Cecelia Hunt
Cecelia Hunt of Fair Haven, Rutland County, has spent her life giving back, from everyday acts of
kindness to community engagement. Her community commended Cecelia for committing her time to being
on the board of directors of Fair Haven Concerned, the Castleton senior center, and the Castleton
University Alumni Association. She volunteers for Red Cross blood drives and Fair Haven Concerts in
the Park. She is also on numerous committees, like the Fair Haven Historical Society, the Fair
Haven Parade Committee, is a member of the Fair Haven Art Club, and served on the Fair Haven select
board. A member of her community said, “Ceil, like so many Vermont volunteers, doesn’t spend her
time at blood drives, raising money for the food bank or volunteering for the library board to gain
recognition, she does it because she loves her
community and she wants to see it thrive.” Cecelia truly embodies Vermont values.

Justin Sears
Justin Sears, a 9-year-old student at Mallets Bay School in Colchester, recently decided to embrace
the season of giving and launched a GoFundMe page, aimed at raising money to pay for school lunches
for his classmates. His goal was to raise $600, which he exceeded by generating more than $1,000.

Dr. Marjorie Meyer
Dr. Marjorie Meyer of South Burlington, Chittenden County, works at the University of Vermont
Medical Center and is a leader in the treatment of women with opioid dependence during pregnancy.
She is a member of the American Board of Obstetrics and Gynecology and specializes in maternal
fetal medicine.

Kyle Clark
Kyle Clark is the CEO and founder of BETA Technologies, located in South Burlington. BETA is a
pioneer aircraft manufacturer, building electric aircraft. They have successfully tested the
largest electric vertical takeoff and landing aircraft in the world.
Their innovations could lead to a significant reduction in carbon emissions in the industry.
Vermont is fortunate to be the home of such an innovative and dynamic employer. Attending on Kyle’s
behalf are Blain Newton and David Churchill.

Ludlow Fire Department
On Thanksgiving Day, the Ludlow Fire Department, went above and beyond the call of
duty when responding to a fire at the Black River Overlook Apartments in Ludlow. A mother was
cooking a Thanksgiving turkey for her family when her stove caught fire, destroying the turkey and
her prospects for a traditional Thanksgiving dinner. The firefighters quickly extinguished the
flame, but they didn’t stop there. They decided to go back to the firehouse and cook the
Thanksgiving dinner there for the DeCarvalho family, saving their holiday.

World War II Veterans
Also honored at the State of the State Address were members of the Greatest Generation, those who,
like Governor Scott’s father, Howard, served in World War II. These heroes, and others like them,
saved the Free World, and set the stage for democracy to expand over the course of the 20th
Century and into the 21st. Those present include members of the Barre American legion Post,
Governor Scott’s hometown.
They include:
•   Eusebio “Joe” Aja, Montpelier, VT - U.S. Navy, USS Cadmus AR-14
•   Robert Campo, Sr., Barre, VT - U.S. Navy, USS LSM-67
•   George Shirlock, East Barre, VT - U.S. Army, 756 Tank Battalion

•   Clyde Cassidy, Calais, VT - U.S. Army, 36 Infantry Division, P.O.W.
PFC Cassidy served in North Africa and Italy. While stationed in Italy at a river crossing, he
was attacked and captured by the Germans. He was sent to a working farm near the Baltic Sea and was
in captivity for 15 months.

•   Richard Hamilton, Marlboro, VT - U.S. Army Air Corps, 8th Air Force, 91st Bomb Group, 401st
Bomb Squadron, P.O.W.
While on his 9th mission to Leipzig, Germany on July 20, 1944, Hamilton’s plane was shot down.
He bailed from the plane and landed in a wheat field near a farmhouse. He was captured, processed
and taken to Stalag Luft IV in German occupied Poland. In February 1945 he and fellow prisoners
were forced to march for 77 days. He was liberated in April of 1945.