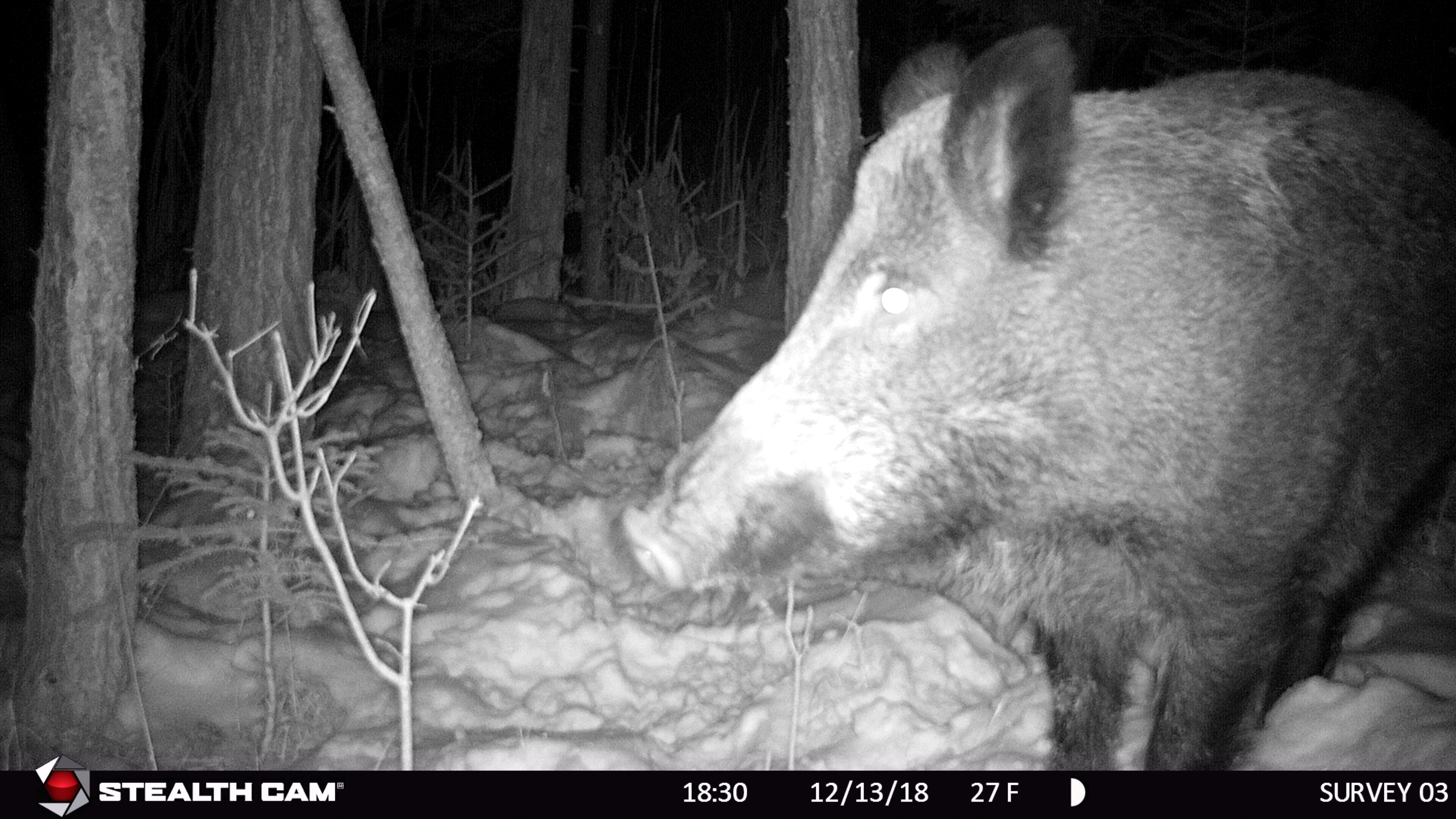 May 9, 2019 | Montpelier VT - On March 25th of this year, after many months of sightings, a single feral pig was shot and killed by USDA Wildlife Services in Lyndonville, VT.  Subsequently the boar tested positive for pseudorabies virus infection, or PRV.  The Vermont Agency of Agriculture, Food, and Markets (VAAFM) was notified of the positive PRV test result on April 29, 2019.   At this time, Vermont is not known to have an established feral swine population.

Vermont has been certified free from PRV since October 1995.  PRV is not related to rabies and does not affect humans; however, the disease is a threat to domestic swine.  There is no treatment.  PRV can cause abortions and stillbirths in adult swine and is nearly 100% fatal in young pigs. Pigs that survive the infection can shed the virus throughout their lives, spreading the disease and serving as a source of infection to their herd mates and other farms. The disease is known as “pseudorabies” because animals sometimes show neurological symptoms. Typically, feral swine are the reservoir for this illness which is transmitted through nose to nose contact. PRV can be fatal in other livestock species including cattle, sheep, and goats, as well as dogs and cats.

VAAFM is working with USDA Veterinary Services, USDA Wildlife Services, and the Vermont Fish & Wildlife Department to address this issue through continued monitoring for the presence of feral swine, assessment of the disease risk to domestic swine, and active on farm disease testing.  VAAFM will be contacting swine owners located in Essex, Caledonia, and Orleans counties over the next few weeks.  We encourage swine owners in these counties and anyone with information about a suspect pig or other herd animal to be displaying clinical signs consistent with PRV to contact VAAFM at: (802) 828-2421 or agr.animalhealth@vermont.gov.

Currently, officials have no knowledge of any other feral swine in the state of Vermont or the area where this pig was recovered.  Multiple sightings were made through trail camera photos and analyzed to confirm it to be the same pig in each image, and the pig was always photographed alone.  VAAFM asks any property owners and farmers who have experienced unusual damage in the greater Lyndonville area to report these occurrences to officials. 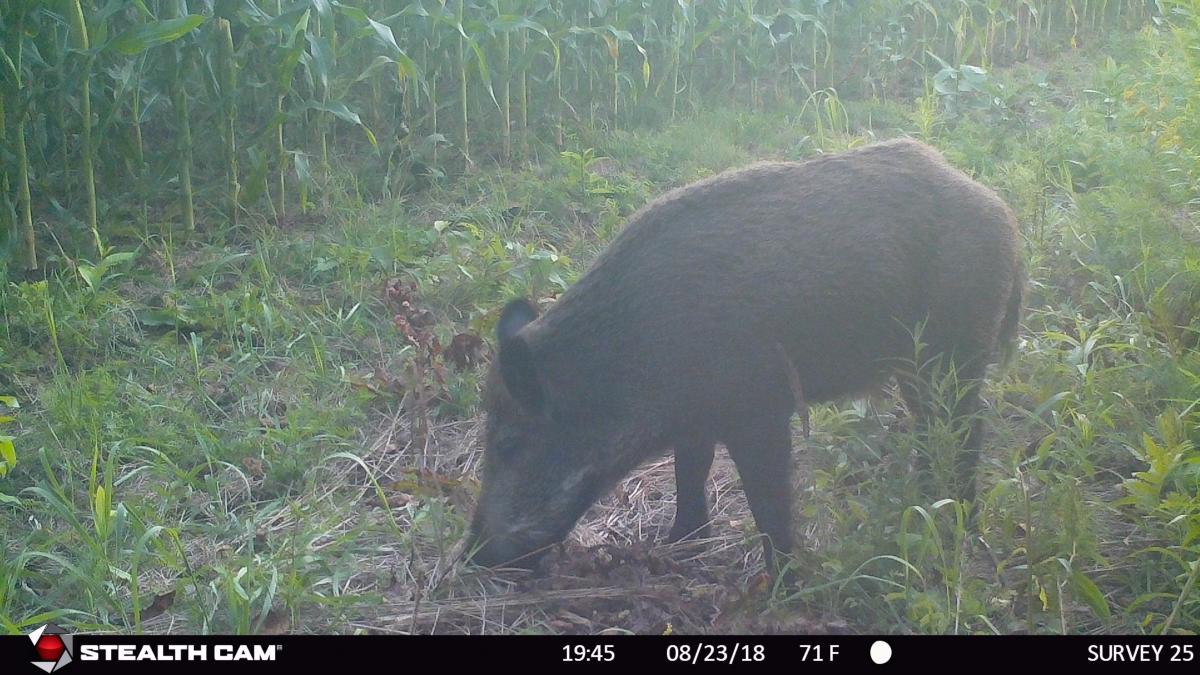 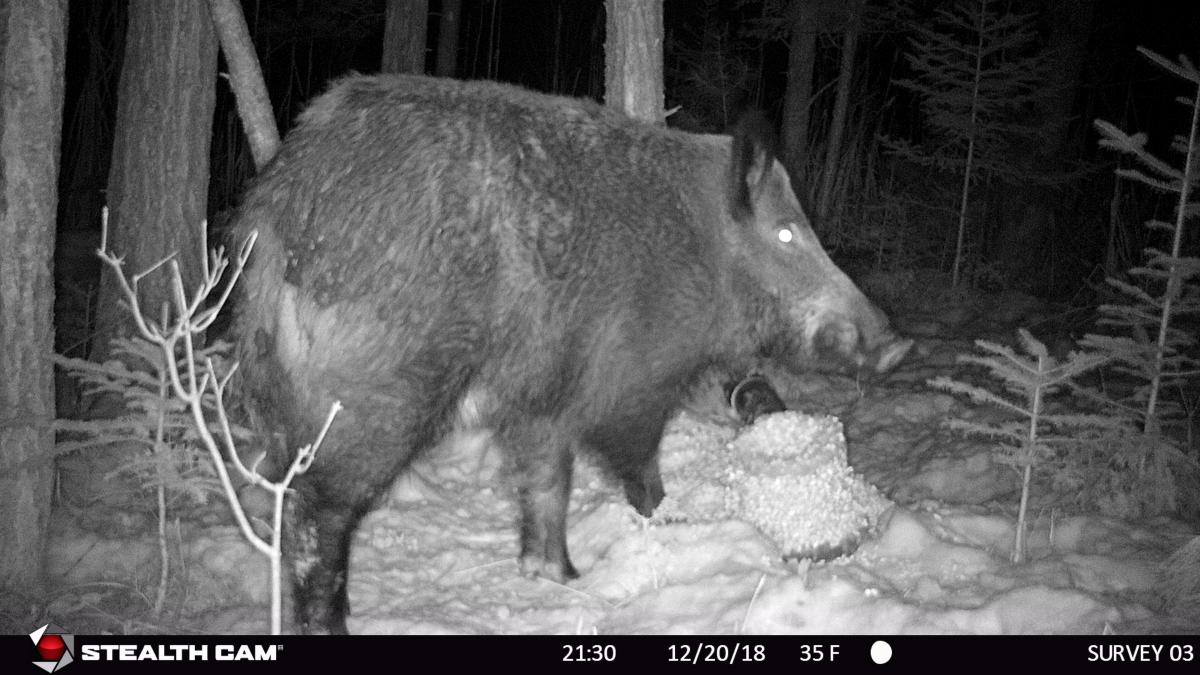